The Story of Us

Because this blog is all about our lives, I figured I might as well tell you how it all started!

It was October 2006, Homecoming at UNC. I was the RA, and he lived in one of the buildings I looked over. We met while decorating the Residence Hall Lobby for the Homecoming Competition. He was very cute, and we clicked instantly. That was October 12th. The next day, Friday the 13th, he asked if I wanted to go on a short road trip to his uncle's house to pick up some CD's. I agreed and off we went. Our first stop was actually at his house, where I met his sister, and step dad. Then we went over to my parent's house, where he met my family. Some might say it was a little fast, but it worked for us. He took me out to lunch at Applebees and asked me to be his girlfriend (aww!) and I, of course, said yes! 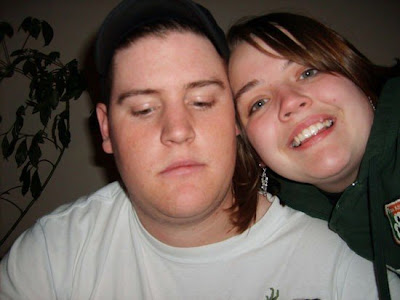 The WHOLE way back to Greeley, we kissed at every stoplight! lol

And things were great from there. We spent a lot of time together, and it was awesome. As the semester came to a close, things got kinda sad. He got kicked out of school (oops) and I quit being an RA, so I was moving into an apartment with a roommate, and he was moving back home to live with his mom. But on December 4th, he took me out to dinner at the Cheesecake Factory, and gave me a promise ring. He told me he wanted to marry me, but that since we had only known each other less than 2 months, that we should try living apart and see how it went from there. 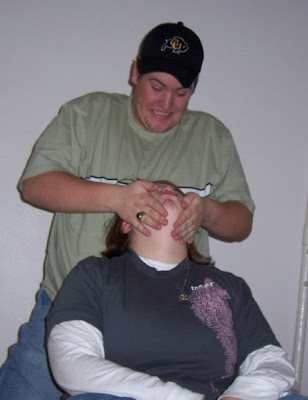 That semester was hard. He drove up quite a bit to see me, sometimes only to spend the night then he would go back to work. We knew after spending a semester apart that we would be together forever so we moved in together in May. I finished school, and he went back, and in September of 2009, he proposed. We started planning the wedding of our dreams, when May 13, 2011 felt so far away. 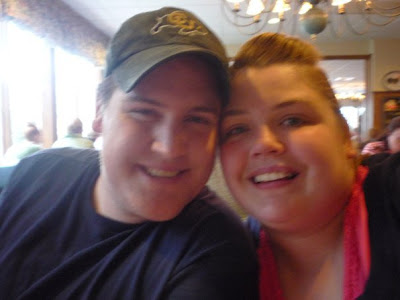 In early November 2010, things changed. We began to realize the financial burden of our dream wedding, and the reality of my Grandpa's health. My grandparents were going to be in town for their 50th wedding anniversary over Thanksgiving, so we decided to cancel our wedding. It was a decision so obvious, that we made it in about 3 seconds. Thats when we started to plan. We knew we wanted to get married over thanksgiving, only 2 weeks later. We called his parents, and mine, and told them our decision. We set the date for November 27th, and got the plans into action. 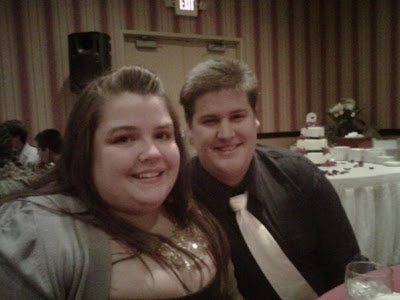 In two weeks, we planned a wedding. A dream wedding. A wedding where my grandpa was there to see me walk down the aisle. A wedding that didn't cost us a dime.

So here we are, 10 months later, living the dream with a dog and condo. Andy will be done with school in December, and I have a great job. Who could ask for anything more?

Kids? Not yet. Not for another few years. We want to get better jobs and buy a house closer to our families. Then we will think about having kids. :)


So that is the story of us! Check out some of other stories here and here!