This month I will join The Nester and Jackie at Teal and Lime, as well as many other bloggers, in this year's blog series 31 days.

Day 30- Do Something Else

The premise is for the whole month of October, you write one post a day on one topic. Right now, a huge part of my life is changing it, and being healthy. They say it takes 21 days to make a habit, so I figured I would give myself all 31 of October to make a different choice every day to be fit. These will range from food swaps to quick exercise ideas, every day for the next month. Hopefully by the end of the 31 days, hopefully I will new life habits rooted in living life more fit. Sound like fun? I thought so too.

I will be linking up this post with The Nester, and I will update this post every day with a link to the post for this series, so you can check them all out at once. I will be writing them over on the healthy side of things, so don't be alarmed if you don't see them here every day.

Feel like joining me? Its not too late! Quick, think of a topic and link up with The Nester, and lets do this!

am a bit of a nerd... Yep, you heard me. I stood in line for the release of the last 4 Harry Potter books, and read them all right as they came out (starting in 6th grade). I have seen every episode of Buffy the Vampire Slayer, Angel, Firefly (and Serenity, naturally), and Dollhouse (ok so this is sounding like Joss Whedon biography...). I love Dr. Horrible and the Guild (even though I don't play WOW, I can appreciate Felicia Day in ANYTHING.) I love the whole X-Men series (and have even read a few of the comics thanks to having two very very nerdy male best friends for a while). I read all three Hunger Games books in a weekend. Needless to say, if it's nerdy, cultish, or made by Joss Whedon, I like it.

Why am I spilling my nerdy little heart to you? Well, I have found some kindred spirits. Not Literally. haha I mean literally, but the group is called "Not Literally". They are a nerdy comedy/ music group that write and produce parody music videos  and an original comedy series called "Ask Hogwarts".


They are hilarious and I love them. Currently they are mostly based in the Harry Potter fandom, but they recently filmed a Hunger Games parody to the song "Honor to Us All" from Mulan that looks like it will be amazing. Here are some teasers: 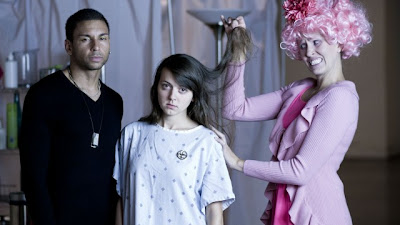 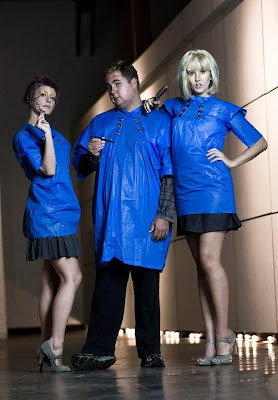 I think it looks incredible!

Anyhoo, why am I sharing all of this with you? Well, mostly because I love them and I want to share everything I love with you, including my mild obsession with Rhinos...

And secondly because Andy and I will be extras in their next video!! Right now they are working on a Gryffindor house pride video (see above for Slytherin and Hufflepuff) and Andy and I get to be extras! We will be filming it in a few weeks so I am doing lots of crafts for the shoot that I will be sharing with you in the near future! (a wand DIY as well as a tutorial of how to screen print using Freezer Paper. Riveting stuff I tell you. )

So thats whats going on over here. I dare you to wander over to their Youtube channel, subscribe, and spend the next hour watching everything they have ever done. And while you're add it, mosey on over to Facebook and Like them, and follow them on Twitter. And follow them on Pinterest.  And if you have a Tumblr, they do too, so go and do what you do on Tumblr (tumbl?) and get your social media on! They do have a giveaway going on right now for Hunger Games swag, so if you do Tumbl, reblog them to be entered to win!! GO now, I dare you! I double dog dare you (which means you have to.)

The Holidays are upon us!

I can not believe it is FALL already! Fall is my absolute favorite season, and part of the reason is that it is HOLIDAY SEASON! Woo!!

Clearly, I am pumped! So this year in celebration of the Holiday Season, Alex at Good Girl Gone Wife and Ashlee at A Step in the Right Direction and I have joined forces to present you with the "Tri-Blogger Holiday Series"!

The three of us will be blogging a series of DIY, Home decor, recipes, table scapes and more for Halloween, Thanksgiving and Christmas! The posts will begin before the holiday so you can use some of our ideas in your own decorating and holiday plans!

We are so excited for the holidays, we can hardly stand it!! Stay tuned for more info, and for the kick off of the series in the middle of October!
Posted by Jess at 6:00 AM 4 comments:

As you all know, I have been reading a lot more recently. This is because of two things: My hour long commute every day on a train, and my Kindle Fire that I got for free. Lets start with the first one.

I live in a suburb of Denver, about 25 miles south of Downtown, where I work. I love working in the heart of the city. It is really awesome. One shitty thing perk is that I have to get to take the Light Rail every day to work, so I get to skip traffic, and read. I also take my 1 hr lunch break to sit in the courtyard in front of my building and read some more. I love having these times to myself, and I actually really like to read, something I didn't know until after College.

What makes this even easier is, I have a Kindle Fire that I didn't have to pay for. No it wasn't a gift for my birthday.  Andy and I opened bank accounts at First Bank and they had a promotion that if you do that, and set up direct deposit, you get a free Kindle Fire. Sounded good to me, and about a month after we opened the account, my Kindle Fire arrived in the mail. I love it.

So I was sitting there, with my writers block, blaming books for the reason I wasn't blogging, and I had a thought. Why not blog about books a little. After I finish a book, I will write a little review (with no spoilers) and give it a rating. I will start by writing ones for books I have already finished recently, so don't you worry ;)

In a house related note, things have changed pretty drastically in our bedroom. I can't wait to update you on all that, so stay tuned for a post some time this week. I also feel like I owe you full pictures of our tiny apartment so I will clean it work on that.
Posted by Jess at 8:33 AM 4 comments:

Let me wipe the drool off the keys....

So in hopes to break my writers block, I have been reading lots of blogs for fun/ inspiration. One of my favorite blogs to read is Oh So Pretty - the Diaries. It is a tale of two friends who love pretty things, including hair, make-up and diy. It is the blog equivalent of chick lit. Fluffy, and makes you smile :)

They recently embarked on a weight loss journey that I have followed from day one, over at Oh So Pretty- the Skinny. They are also doing Weight Watchers, so it is really motivational to see their awesome progress!

So I thought I would whore their blog out a little, and share this drool worthy recipe :)

I have writers block. My lack of posting really has nothing to do with you all or me not being interested in posting anymore. I have started 15 posts over the last two weeks and as you can see, none have come to fruition.

I put my fingers on the keys and nothing comes out.

Then I feel guilty for never posting which puts on more pressure leads to more no posting. :/

"Back from where?" you may ask. Well I will tell you.

Where have I been? Well that's an easy question with a long answer. I have been unmotivated, uninspired and uninterested. But I am feeling inspired and truthfully guilty for letting something I really love go abandoned.

Where have I been? My two best friends and I went up to Avon/ Vail for an awesome girls weekend away. It was my first time spending the night away from my husband since we got married, and while it was challenging, it was definitely worth it. It opened my eyes to quite a few things that I had been denying. Which brings me to my next point...

Where have I been? I have been in denial and I have been weak. I have no legitimate excuse other than these two things. I have fallen off the wagon and I haven't picked myself back up because I was too weak to admit defeat. Well I am admitting it and for the third time I am going to my first Weight Watchers meeting.

So ladies and gentlemen (mostly ladies I assume) I am back.