So remember that super awesome pink zebra fabric I used to make a Purse Organizer last week? Well, I fell in love, and thought two pink zebra pillow shams would be awesome. 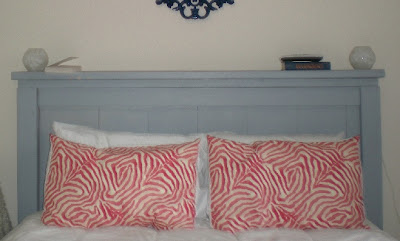 First I took a pillow sham that I knew fit my pillows and laid it on the fabric. I cut out two rectangles in that size. I wanted my shams to be one sided, with a white back, so I only cut one piece per pillow.

Next I cut up a white pillow case I had that was about 4 inches too long for my pillows. I cut it so it was two rectangles of fabric.

I laid the white fabric over the pink so it was about 75% covering the pink. I then cut the fabric on the other end, and placed it over the other 25% (but it covered about 35% so there was some overlap) 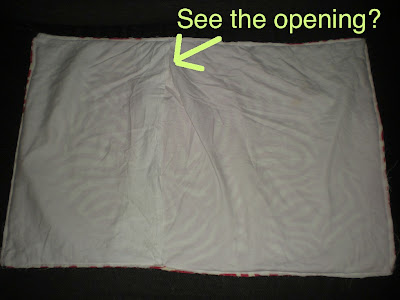 I hemmed the inside edges of the white, that would show, then I sewed around the edge, being careful to sew the overlap evenly.

Then I turned it inside out and put a pillow in it and TADA! A pillow sham! Did it again and now I have two. 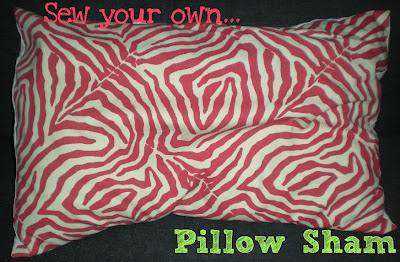 They were super easy and I think they are really really cute.
Posted by Jess at 12:00 PM