Finally it is here! The IKEA Centennial store opened Wednesday July 27th and I was there! Call me crazy, but I LOVE Ikea. 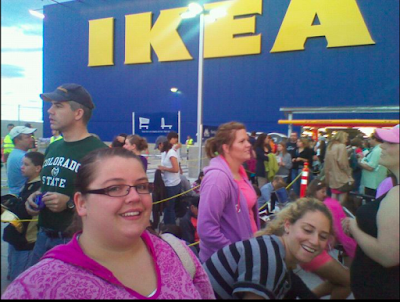 Mr O'Connell and I woke up at 4 am to get to Ikea on Wednesday. We got there at 4:30 and were roughly # 300 in line. We made friends with some of the girls around us which made the time go faster. At 8:30, the ceremonies began, including the singing of the Star Spangled Banner, the Swedish Nation Anthem and America the Beautiful while raising the US, Swedish and Colorado flags. Then the Governor, John Hickenlooper sawed a log, which is apparently a swedish tradition. 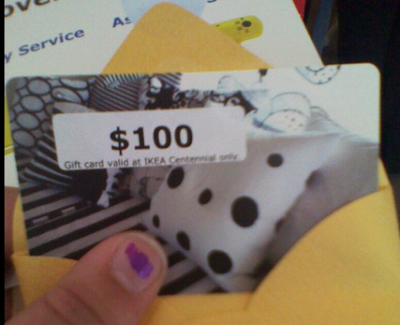 Over all the whole experience was amazing and SO worth it. We got a sauce pan, and a skillet and a Wok, along with some frozen meatballs.